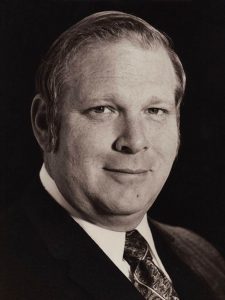 Charles C. Reed was a pioneer in the field of perfusion.  He established the School of Perfusion Technology at the Texas Heart Institute in 1971.  He served as president of the American Society of Extra-Corporeal Technology (AmSECT) from 1973 to 1975.  He helped to found the American Board of Cardiovascular Perfusion and served as its first president in 1975. Mr. Reed served as the first chairman of AmSECT’s Product Liaison Committee in 1975 and received AmSECT’s Perfusionist of the Year Award in 1976.  He helped to found the American Academy of Cardiovascular Perfusion (AACP) in 1979 and served as its president in 1984.  Charlie Reed authored or co-authored more than 100 technical articles, two editions of Cardiopulmonary Bypass, a standard in perfusion education for many years, and the textbook Safety and Techniques in Perfusion.

In addition to all these achievements and awards, Charlie Reed used his knowledge and experience to help foreign perfusion societies develop educational programs which eventually led to certification.  For these reasons, The Academy invites a foreign perfusionist whom has been deeply involved in his/her own country’s perfusion education process to deliver the Charles C. Reed Memorial Lecture at The Academy’s Annual Seminar.

Any views or opinions presented are solely those of the author and do not necessarily represent those of the American Academy of Cardiovascular Perfusion. Our organization promotes a mission of scholasticism and academic dialogue for the purpose of education and dissemination of science as related to cardiovascular perfusion technology.